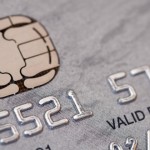 As most of you are probably aware by now, October of this year (2015) is the deadline for merchants to update their terminals and card readers to accept Europay/Mastercard/VISA (EMV) compatible credit cards. Any merchant who chooses not to do so by that time will be accepting full responsibility of any fraudulent charge claims for transactions ran through their non-EMV compatible equipment. This means that if a customer has an EMV capable card and you, the merchant, do not have an EMV capable card reader, the customer can win a fraud claim against you even if you know for a fact that it was a legitimately authorized charge.

One interesting aspect of this upcoming switch to EMV is that it is still a stepping stone toward the utmost fraud protection possible. This is because the October required switch date only really involves chip-and-signature cards, rather than requiring banks to begin issuing all chip-and-PIN cards.

Chip-and-signature cards work pretty much the same way as our current credit cards do, except that you place the edge of your card into the card reader, so that it can read the chip, instead of swiping the magnetic strip. As with current credit cards, a signature is then required to finish authorization of the transaction. 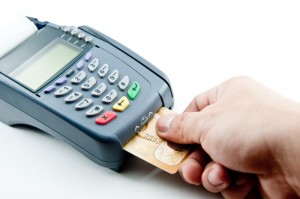 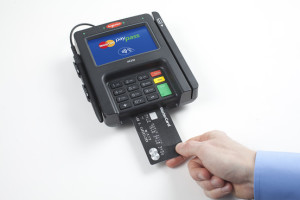 However, there are also EMV chip-and-PIN credit cards. These work much like our current debit cards do and are already widely available and popular in other parts of the world, such as Europe. After placing your card within the EMV terminal so that it can read the chip, you will then be required to also enter a 4-digit PIN number. This makes it so that if you lose your card, a potential thief still would not be able to use it without also knowing your individual PIN.

This additional step of requiring the PIN is obviously safer, especially since it requires information that cannot physically be found on the card itself. Credit card thieves can pretty easily forge a signature to use a card that is not theirs, so long as the cashier does not ask to check their ID. The fact that the signature is forged would not be discovered until after the fraud has already occurred. If a card requires a PIN, though, the transaction would not even be able to complete successfully without knowing that information.

Many USA credit card issuers have already begun sending out EMV capable cards containing chips. However, very few have begun issuing PIN capable credit cards. The general consensus among those in charge of making EMV related decisions seems to be that memorizing a 4-digit PIN will be too difficult for cardholders. This seems strange, since we already do this as a norm for every debit card available.

As the deadline for switching to EMV looms closer and closer, merchants have a big decision to make: upgrade in time or accept the risk of losing chargebacks. Whatever each decides, and however fast chip-and-PIN cards do end up catching on, starting in October merchants and their customers can rest a little easier knowing that credit card transactions are safer because of the EMV switch. 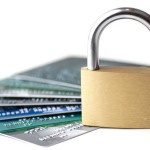 any questions at all regarding the best way for you to proceed with the upcoming EMV switch, please feel free to call eCMS at 1-888-277-3332!